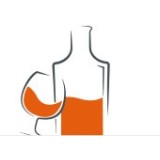 Established in the South-West of France since 1270, the FRAPIN family is first of all a family of wine growers and then of distillers and this for more than 20 generations. One of the FRAPIN family's ancestors was the famous 16th century writer...Lire la suite

Established in the South-West of France since 1270, the FRAPIN family is first of all a family of wine growers and then of distillers and this for more than 20 generations. One of the FRAPIN family's ancestors was the famous 16th century writer François Rabelais, the son of Antoine Rabelais and Catherine FRAPIN.

The FRAPIN house has paid tribute to this illustrious ancestor by producing the prestigious 'Cuvée Rabelais'. The estate now covers 300 hectares exclusively in Grande Champagne, officially classified as a Premier Grand Cru du Cognac, 200 of which are planted with the 'Ugni-Blanc' grape variety. Frapin produces a wide range of Cognacs, the oldest of which date back to 1888.

In 1270, the Frapin family arrived in Charentex in the South West of France. Near the village of Segonzac, the Frapins were first winegrowers, then distillers.

In 1494, François Rabelais was born, son of Anne Catherine Frapin and Antoine Rabelais. The Maison Frapin pays tribute to his illustrious grandfather, the famous 16th century writer, author of Gargantua and Pantagruel, among others.

In 1534, Rabelais' nephew, Jehan, was appointed "Maître Queux-Sommelier" by King François I. This role gave him full domination over the kitchens and the key to the king's cellar.

In 1885, Frapin Cognac won a "First Order of Merit" award at the International Exhibition in New Orleans.

In 1889, the Paris World's Fair took place with its amazing glass palaces. These pavilions, revealing the complexity of their ironwork supports, celebrate the wonder of the Art Nouveau movement and the industrial revolution. In the midst of this exaltation, Frapin cognacs are rewarded for their excellence. Gustave Eiffel himself awarded a gold medal to Pierre Frapin.

In 1892, Gustave Eiffel and his team built the steel structure of the Chai de Segonzac at the Frapin estate. This is the only example of Eiffel's work in the region.

In 1898, after replanting the vines destroyed by phylloxera, Pierre Frapin received an award from the Cognac Agricultural Committee for "Reconstituted vineyards: large-scale cultivation".

From 1945 to 1966, Albert Frapin developed the vineyards around the Château de Fontpinot.

In 1967, Frapin XO VIP was the only cognac served on the Concorde and on British Airways first class flights.

In 1990, Frapin Cognac is present in 75 countries around the world.

In April 2003, the Frapin 1948 vintage was served at a dinner at 10 Downing Street for Queen Elizabeth II and her ministers.

Sort by:
Best sellers Relevance Name, A to Z Name, Z to A Price, low to high Price, high to low In stock
view_list grid_on
Showing 1-2 of 2 item(s)